Manu shaped his first holds about 20 years ago. Starting a company had not crossed his mind. He had just started climbing and his exceptional coordination skills would soon turned him towards competitions. He liked dreaming up lines and developed a passion for exploring movement which combined with his physical abilities lead him naturally to international level setting. He was only 12 when he began experimenting with polyester resin in his father’s workshop to make holds. The goal was simple: make training holds; he had grown bored of drilling rocks and sculpting wood. The shapes were functional, bowls and dishes served as molds, salt to create texture. As he was setting for more competitions, Manu began taking sets of holds with him. It was 2005, he had left his childhood region of Jura to settle in Bienne where he continued to improve mixtures in his basement workshop. To carry his holds from one competition to another, he needed a mix that was lighter and stronger. The idea was to create a different type of holds, among which there could be more “flat” holds. This is when the name and Flathold as a brand began to take shape. Manu draws a lot of his inspiration from his work as a route setter. The goal being to create shapes that inspire more and more specific movement. With Manu, there is this idea of movement perfected by the hold. What results, among other things is a certain purity, a particular scarcity of excess. Manu is a little like his holds; edgy or fleeting with no deception. “To push route setting”, in his own words, means to develop techniques, shapes, textures, a material; contribute as much as possible to the evolution of the discipline. 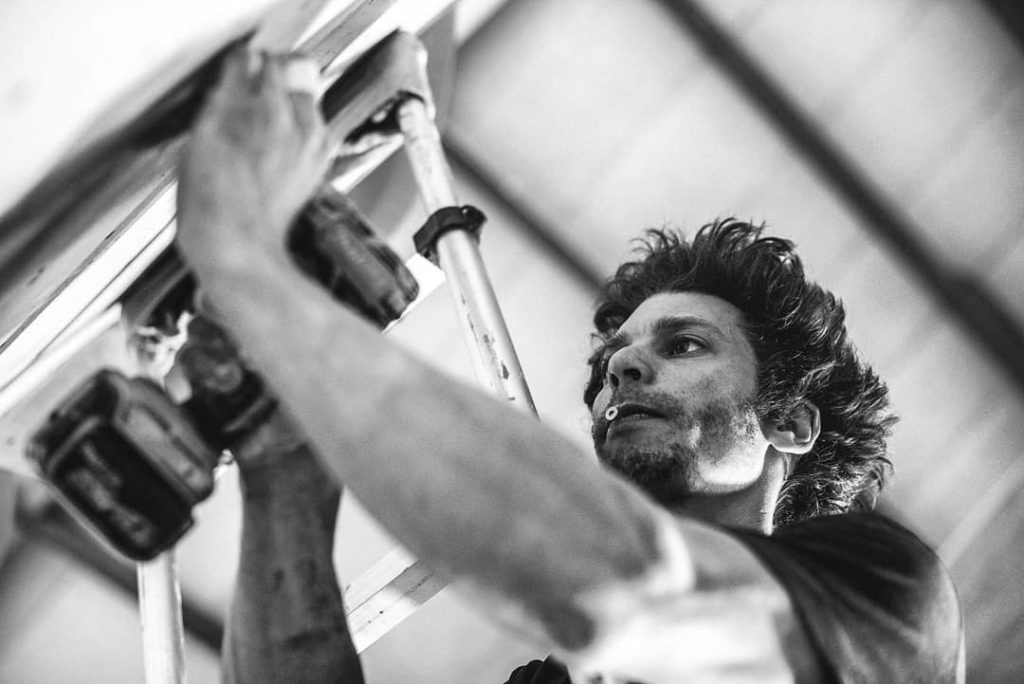 For this second episode of the route setting video documentary, we spend one week with the routesetting team in Japan for the Boulder World Championship. This documentary describes the setting experience, mostly following a hard final round for the men, where only Tomoa Narasaki managed two tops. No other climber topped a boulder. It was a pretty special competition including the World Championship of the three disciplines and the combined Olympic format. We only focused on the Boulder World Championship and tried to understand the process of the routesetting for a competition at this level. You will get a glimpse behind the scene of the biggest climbing event of 2019. Interview with Manuel Hassler (Chief IFSC Route Setter), Romain Cabessut, Katja Vidmar and Gen Hirashima (IFSC Route Setters)

Setting a competition always has a big part of risks and doubts. And setters have to deal with it and take the right decisions to present a good show. This short documentary tries to highlights the position of the route setter during a Boulder World Cup. We spent the full week with the setting team to try to understand what are their thoughts and to the creative process of route setting. Discover Mathieu Elie’s https://vimeo.com/user6702244

We are proud to present: Genesis. A short film about shaping and setting. Please take time to watch it in good conditions: quite and dark place and turn on the sound!! Happy to have collaborate with Mathieu Elie to realise this movie and many thanks to Bloc Shop to let us shoot in the gym. Hope you enjoy! Also, we are always happy to read your comments and thoughts! So don’t hold yourself back! 🙂